The Science Behind Magnetico’s Success 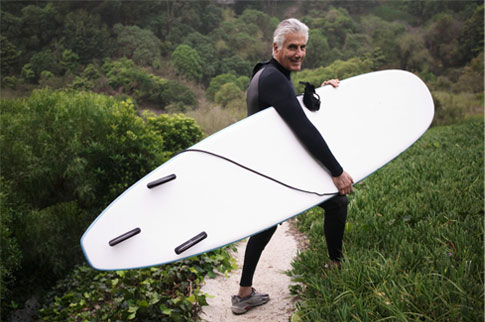 Magnetism and Your Body

Magnetism can affect your body in two ways, the first of which is the Earth-type (or unidirectional) field response. But to properly understand how magnetism helps us, let’s start at the very beginning – the atoms that make up your body. Atoms are composed of even smaller particles, the largest of which are neutrons, protons, and electrons (Fig. 1).

If a magnetic field in which an atom exists is increased, the velocity of the electrons and protons will increase or decrease, depending on the direction of the magnetic field and the orbits of the particles (Fig. 2). 12 The outermost unpaired (valence) electrons are the ones that are shared to make up molecules. These molecules then join to make up the cells that constitute your body.

When a magnetic field passes through atoms in the correct direction, it increases their velocity and energy state, which, in turn, enhances the sharing of electrons (Fig. 3). 12 The increase of precession, or wobble activity, in some electrons (depending on the relationship of their orbits to the magnetic field direction) also contributes to this effect. All this increased action is a catalyst for chemical reactions in the body. This may remind you fondly or otherwise of high school chemistry experiments, where you heat a solution of two elements to form a new compound. In this sharing of electrons, heat is the catalyst, or energy, that makes the elements share their electrons.

Which Direction, North or South?

The critical aspect of this activity is the direction of the magnetic field. How does one know if North or South is the right direction? Most cell division occurs during your first two hours of sleep, as this is when the brain produces most of its human growth hormone. The valence electrons (the critical ones) of the atoms of these new cells will orient their direction of orbit depending on the direction of magnetic field in which they divide. This will be whatever the Earth’s naturally occurring polarity is where you live. In the Northern hemisphere, the surface of the Earth is negative (-); in the southern hemisphere, it is positive (+). In either location, the Earth’s field will pass right through your body in one direction.

Because the Earth’s magnetic field is depleted, your body does not achieve the magnetic resonance necessary to restore and rejuvenate your organs and tissues. A supplemental unidirectional field (like the Earth’s) is needed to give extra zing to your electrons at the right time and in the right direction. The reduction of the Earth’s field is the most likely explanation for why the human body responds so well to magnetism, we are in a deficiency state!

Magnetico’s patented Sleep Pad is the best way to provide your body with the magnetic environment it needs to restore and rejuvenate itself. Magnetic resonance is essential to health, growth, and longevity.